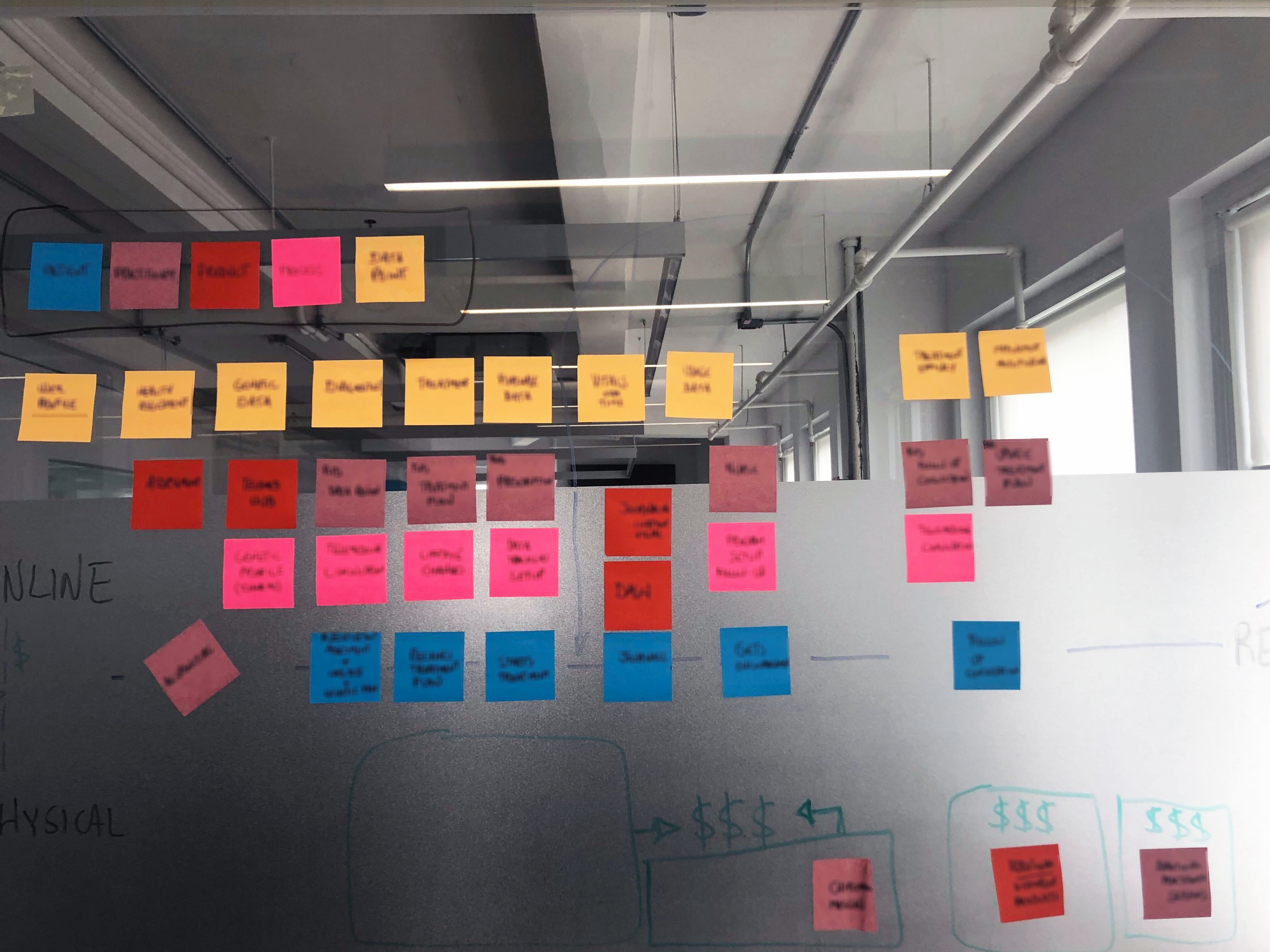 Don’t Build a BUM: Avoid overbuilding your Minimum Viable Product to save yourself time and money

As I advised corporate executives and founders on product launches over the past few years, I have seen both groups encounter the same challenge: overbuilding their initial product. The problem exists in small companies and large corporations alike for different reasons. But in both cases, the cost is high for screwing this up, either in time to market or sunk costs building the wrong features. Or worse, building the wrong product altogether.

Why does this happen so often?

At large companies, there are lots of internal stakeholders that want to launch something new and do it fast. There are many well-funded competitors and you need the answer to “what are you doing to compete with Company X?” Once you decide to build something new, there are numerous big-name consulting firms that want to sell you a huge project to get a Minimum Viable Product (MVP) to market. Some of these firms even have “agile” or “lean” product studios but don’t come with a lean price tag. While it’s great to have this drive, these forces can conspire to produce a bad outcome — a Big Ugly MVP — I call that a BUM.

A BUM gives you a product that doesn’t meet the exact definition of MVP — it’s not Viable and didn’t come with a Minimum price tag. It places emphasis on areas that were not vetted to achieve early metrics and will require serious work to get it back on track. It’s financially costly due to overbuilt features and it fizzles on launch. To make matters worse, these programs get killed in organizational cost-saving times. And cost-saving times are when you need them most to find new areas of growth. Sometimes companies don’t realize that just because they are big they can’t launch something simple even in trying times. For example, Apple launched the iPod (which was an MVP, Apple didn’t even have music transfer software, they used MusicMatch, from another company) in October 2001 right after 9/11.

In a startup, this can happen because you have passionate people who are driving the product development process, but may do this by the seat of their pants. “Gut” isn’t a good way to make product decisions. They need to be based on research, strategy, and concept testing. While product ideation can be unstructured in brainstorming sessions, good product design is really a very regimented process.

At the early stages of new product creation, it’s all about validation and refinement. How do you test your idea in the lowest fidelity way to get an answer? At corporations, a lot of organizations are used to longer time horizons. They can easily over-specify for too many scenarios driven by the executives’ “asks” or looking at new initiatives in the lens of a go-to-market for an established business. They focus too much on elements that are not vital to testing the core user value proposition.

1.Pick specific manageable use cases that allow you to test your key assumptions. It doesn’t have to be the end-all, be-all. It can be for a specific target user easier to test the basic concept. After the initial proof of concept (POC) launch and positive metrics, you can build the features that allow you to expand to more segments.

For example, one product I co-founded and launched was a video-on-demand network, HealthiNation, where I was founding CEO. My low fidelity POC was a 2-minute promo video showing example episodes. We literally shot parts of it in my living room. We then tested this concept with consumers and distributors, to show what “WebMD meet Today Show” could look like. We conducted research on the target audience sharing the concept to get favorability and intent to watch. These all refined what was important about the concept to them and drove early fundraising, which got us to launch to the first partner with millions of TV homes.

Tactics to get to a proof of concept may be a digital mockup of the key screens in an experience, a manual set up for what will be on-demand service, or a well designed digital experience for a single user path that shows off your concept while keeping the options limited. This can get you a ton of early information that defines the value proposition, uncovers challenges, and gives you confidence in how you plan to go to market.

2.Be flexible. Don’t overcommit to any concept too early. You may need to throw out a lot of what your gut was telling you was important. Don’t be emotional, don’t decide because of sunk costs, be pragmatic, and data-driven.

One of the great examples of this was Netflix’s launch of Qwikster in 2011. I actually wrote a ranty blog post about it at the time as I was so perplexed by the decision. At this time, streaming video was just picking up, and Netflix had a great initial business in shipping DVDs. What they decided to do was to separate these businesses and give them completely different registration processes. Loyal users had to register twice with two different sites and services to get what should have been a single enhanced experience. Somehow though, research told them to separate the product lines into two different businesses and share no value across the products. Well, the world hated this, and it was an epic fail. But, they quickly threw out the idea and moved on to an integrated service with tiers of pricing that included DVDs or streaming only. As you know, today Netflix is one of the most successful media companies in the world!

In another case, my team & I worked on a concept with our car rental client to launch a new digital selection feature for cars. We did research on the value proposition, and it pointed to some great benefits. We focused on launching in the first market as a POC, where we put people on the ground as ambassadors to communicate the benefits and collect insights. While research had said travelers would like this experience of digital-enabled choice, the greater value on the ground was about speed and efficiency. This insight was critical to the rollout strategy and would have been difficult to uncover without first launching a smaller POC.

3.Have a good plan for iterative research. You must have a good research plan set up with your UX leads and product team to make sure you are getting feedback that is high quality to inform your next steps on the product. You need to do this early and often to test your assumptions as the experience comes together.

One of the products, Personal Zen, that we helped evolve in the digital therapeutics space showcased the importance of being iterative with your research after launch. Initial concepts can resonate with your target user, and you can generate a great list of ideas for feature updates. But until they are verified by your intended market, it’s hard to say if they will really hit home. In order to understand which feature concepts were viable, we carried out extensive research on consumers’ challenges and needs. We used a combination of in-person interviews and a real-time digital research platform. A good research plan enabled the team to dump, prioritize, and develop the most viable feature based on market needs and requirements. Continued and ongoing research allows us to further enhance the feature set and ensure a successful launch and iterative releases after launch to continue to drive toward our metrics goals.

Avoid the BUMs and try hard to test early with a proof of concept or POC. You may have a number of iterations on your POCs that help you validate your assumptions. That will lead to much more efficient use of capital and help make sure your actual MVP launch will be a success and allow you to build a scalable business.